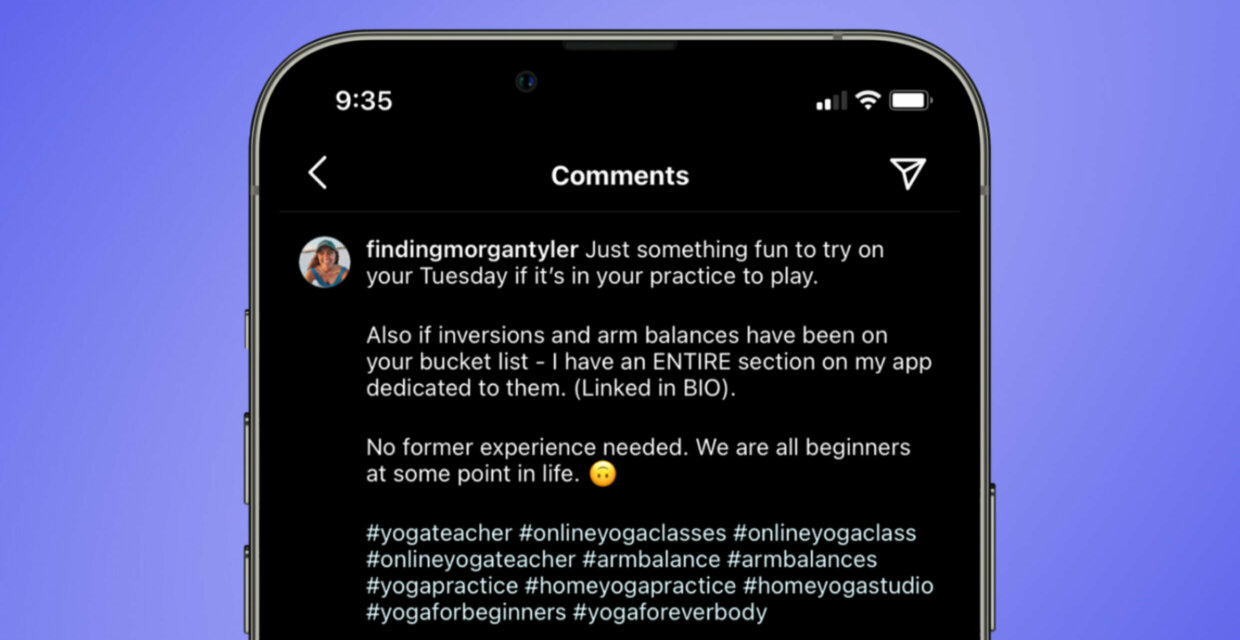 When it comes to marketing your fitness app, hashtags are essential. If you’re new to marketing a business and are unsure how to use hashtags, it’s important to understand how they can help drive awareness to your content. The right hashtags can boost your business: According to HubSpot, some hashtags on Twitter led to over a 1,000% increase in engagement.

Generic hashtags like #YogaLove or #FitnessGirl won’t get you there, though. You need a strategy that helps you stand out from the crowd while increasing brand recognition — we’ll walk you through how to do it.

With over 95 million daily posts on Instagram, the competition is fierce. Using trending hashtags can help you get on the Instagram Explore page, which half of all Instagram users browse at least once per month. Here’s how to find hashtags manually:

If you plan to market your business on TikTok — and with 100 million active monthly users, you should! — the platform has a similar process for finding trending hashtags:

Most likely, your shared audience is following these hashtags, so they’ll be more likely to see your post if you use a few of the same hashtags. You can create a spreadsheet on Google Sheets, Excel, or Notion to keep your competitors, hashtags, and content ideas organized.

In addition to doing your research and analyzing competitor hashtags, a hashtag generator may be worth a try.

Hashtagify.me lets you search any hashtag and analyze it for popularity on Twitter or Instagram. For example, a quick search shows that #hiitness has 28.4K views on Twitter and 764 posts on Instagram. On Hashtagify, you can find the hashtag’s overall popularity, recent popularity, and trends for the upcoming month and week.

RiteTag is another tool for finding hashtag suggestions — just type in your post caption and upload the accompanying photo, and it’ll generate hashtag ideas.

Generic hashtags like #fitness are super popular (488 million posts and counting on Instagram, to be exact) but aren’t the most effective for reach due to their high volume. Instagram recommends using a combination of niche and popular hashtags to reach a broader audience.

Hashtags with half a million posts or less will help increase your visibility, while industry-specific or niche ones — such as #crossfitathlete or #triathlons — can connect you to a specific community. Here’s an overview of hashtag categories based on their volume:

You can also try including your location to narrow your audience down further, such as #newyorkfitness, or use hashtags with emojis.

Cater to the Platform

Social media platforms treat hashtags differently, so make sure you know how to use them best depending on where you post.

Hashtags help social media algorithms categorize your content so it can show up on potential customers’ explore pages. People also search and follow hashtags, which can help your content get seen. No matter which platform you post on, hashtags can be the secret sauce to help you grow your audience and app!