Chanel DeLisser Created Her Own Promotional Assets & Launched With 800 Subscribers 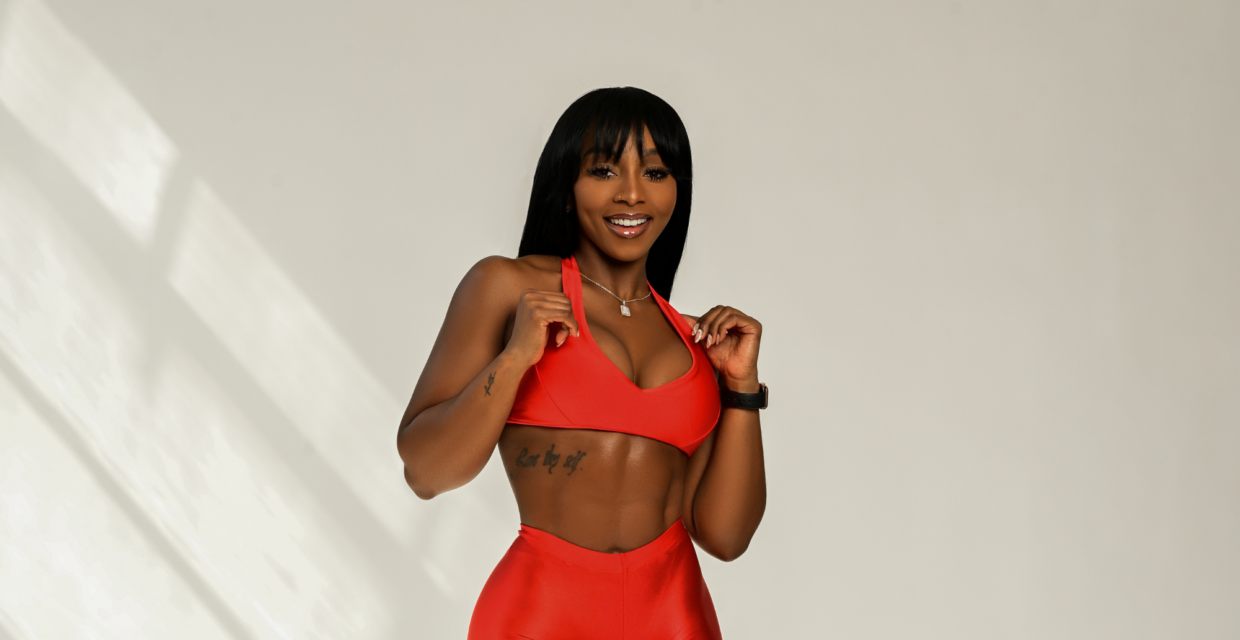 “I’ve been in the online space for about three years prior to joining Playbook. So, I think a lot of my subscribers are still on the journey with me and move onto new platforms with me… I think my experience in the online space and offering my workouts online has allowed me to have that level of success with Playbook.”

Chanel DeLisser is a fitness trainer, occupational therapist, and social media personality. DeLisser has been sharing photos of her personal fitness journey on her Instagram account since 2016, with the goal of inspiring her 1 million followers with her content. Since amassing such a large social media following, DeLisser has become more serious about sharing fitness and training content. Today, she has trained over 15,000 women worldwide, helping her clients to unlock the happiest, healthiest, and most confident version of themselves.

DeLisser has been in the fitness industry for over seven years. With an existing online business, training women in a virtual setting was nothing new for her. Over the last four years, she has been on two different fitness platforms sharing her workouts and helping women transform their lives.

Once she moved her business over, DeLisser followed Playbook’s best practices for pre-selling your app and launched with 800 subscribers. Here’s how she did it:

Migrated Her Audience to Playbook

DeLisser had a solid audience before joining Playbook, so the main question she faced before launching her new fitness app was, “How will I migrate all of my supporters from my old platform to my new one?”

“My previous platform was a higher price point, so my main selling point [to existing subscribers] was that with Playbook, you are going to get more bang for your buck. Ultimately, for the people who had more of a challenge with the change, I just incentivized them by sending them a free nutrition guide so they could see a small glimpse of what they would be getting by joining my app on Playbook and I think that helped,” DeLisser said.

DeLisser knew that she needed to focus on pre-selling the app to her existing audience in order to help grow her subscriber base on Playbook. To do this, she sent out an email blast to her existing audience and told them she was moving her content to a different platform. She provided a CTA to sign up for her app through her pre-sale landing page, and as it grew closer to her launch day, she sent another email blast reminding this same audience.

Once her subscribers from her previous platform were informed of the move, DeLisser did the following to promote her new app:

DeLisser was dedicated to pre-selling her app, and following Playbook’s best practices outlined in our creator handbook was incredibly helpful for her. She created her own promotional Instagram images using Playbook’s Instagram Canva templates to promote her app in order to get people's attention about her app launch.

For the five days before her app launched on Playbook, DeLisser was dedicated to being active on Instagram.

“Every day I posted twice a day. One post was saying the number of days left [until launch] and the second post was an informational post about what my app would include or it was just a really fun video. I think that kept the excitement going and grabbed the attention of people who were not already signed up for my app,” DeLisser said.

By focusing heavily on pre-selling her app, DeLisser launched her Playbook app with 800 subscribers.