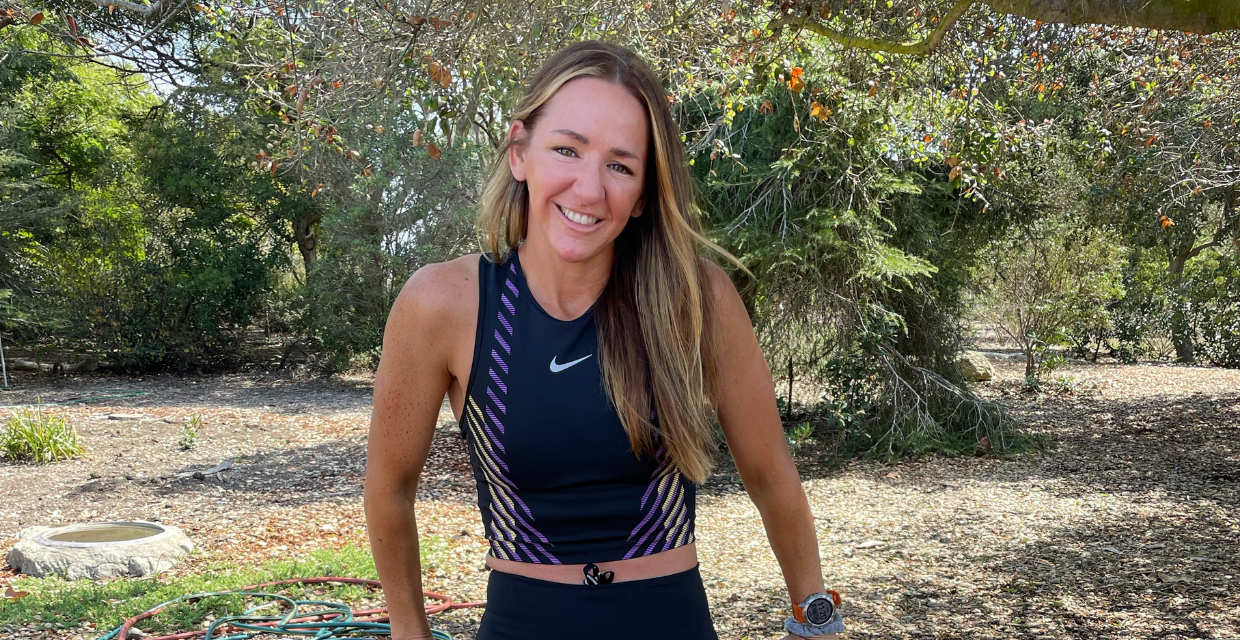 "I have had a passion for training people in strength and fitness since 2007 when I first started my own business. As my business began to grow, I was unable to keep up with the demand, quality, and customization in which I Iike to work with people. I eventually realized that with the quickly changing way in which people train and work out, I needed a solid online platform; and an app was the best way to do what I needed to do.”

Sally McRae has an incredibly loyal, niche following. McRae is a trail runner and ultra marathoner who emphasizes the importance of strength training for runners. Before joining Playbook, she was already a running coach, offering customized coaching and training programs with strength and running workouts.

She often talked to her 97K Instagram followers about taking things a step further by creating online strength training programs. They’d be easily accessible regardless of location and would include an educational component on mental training, nutrition, and how to stay injury-free while training.

Over the years, the Nike-sponsored athlete received enough questions about her gear and workout plans that she knew she had to share her programs with the masses. She launched the Sally McRae fitness app with Playbook to help her followers get stronger in both body and mind.

Playbook immediately stood out to me because of the high-quality and easy to use design. In addition, the access to a team that took care of everything — from technology, marketing, and even business strategy — was a huge draw. Nothing compares to Playbook in that area.”

McRae used Playbook’s best practices outlined in our creator handbook to self-onboard and launched her app on her own in just two weeks. Here’s how she did it.

The [creator] handbook was helpful because of its simplicity. It does a phenomenal job in breaking down what the creator needs to do and I never felt overwhelmed. The whole section of ‘How To’ was super helpful. When I first thought about an app, I was overwhelmed [with] how to start, but Playbook made it simple and the end result makes the creator look like a pro!”

McRae understood the importance of identifying her target audience, because she already had a built-in following. Since she knew that her target audience was runners interested in strength training, she launched her app with content designed for that particular audience. Since then, she’s continued to create additional content with that target audience in mind.

Launched With a Base Bundle of Content & Added to It

When McRae launched her app in September 2021, she had just five workouts. Since then, she’s followed Playbook’s recommended content strategy best practices and added several programs — and even a challenge! — to her app over the course of six months.

McRae’s programs are top notch. Her program descriptions are incredibly detailed and include at least five FAQs to inform consumers of the goals of her program, what they need to participate, how to get the best from the program, and more. Her programs also include intro videos to convey those details.

In January 2022, McRae launched a strength-based challenge to give her app subscribers some extra competitive advantage with her workouts. While her challenge includes a recommended challenge intro video for the six-week event, McRae really went above and beyond with her content — the challenge also includes a brief welcome video for each week to provide some perspective and insights about the training for the week ahead.

In order to promote her app to her target audience, here’s what McRae’s launch strategy included:

She did such an excellent job launching her app on her own that Playbook offered her services — like branding assets and a premium sales page — to help her grow her business.

Here’s what McRae continues to do regularly in order to grow her subscription business: